All seemed wonderful in the ATL not too long ago when the team was being touted the “Spurs East” but lately it would seem that nothing has stuck to the wall for the Hawks. After continuous exits early into the playoffs, the team in the south has decided to clear most of the house and fold their hand. One could point to the loss of Al Horford as the domino that may have started the collapse. However Atlanta have once again lost valuable assets without getting much in return as can be seen in the loss of Howard, Millsap and Hardaway Jr etc.

Ultimately Hawks fan are in for a long one as the team has openly shown with this off-season that a re-build is on the horizon. With their direction not entirely clear, the additions that they did make don’t help make it any clearer where this franchise goes from here.

When you look at the year that Boston had it’s safe to say that beyond maybe 2 other teams in the Eastern Conference they stand alone as the only team that poses a “threat” to the LeBron lead Cleveland Cavaliers.

With alot of questions revolving around the story of Isaiah Thomas and whether that is something Boston should keep or sell while the stock is high, the Celtics off-season tried to give answers. Danny Ainge was under a spotlight throughout June/July as top free agents rumours leaked and trades went rapid around the league. In the end, they settled for a great grab in Gordon Hayward but did so at the expense of a few good role players. While Boston re-upped some role players in return, they don’t appear to have taken the leap everybody thought they would after it was all said and done.

Perhaps the fear of LeBron owning the east is as real as people say?

Nets fans need not worry, as the years go by, your team slowly pulls itself out of the hole that was dug a few years back. But you’ve got young talent and a hell of a coach coupled with a front office desperately trying to glue the pieces back together slowly and carefully.

Brooklyn actually had a safe and calculated summer so far, they did what any bottom of the league team should do – absorb exuberant contracts and try to get teams to shed unpayable talent bundled with picks of any sort. This is exactly how Brooklyn played it, and in doing so have improved their outlook incrementally for years to come. This is the only game the Nets can play for now, while it sucks for fans, the light at the end of the tunnel is slowly becoming visible.

The Hornets did well to remain a mid-tier Eastern Conference team as they try their hand at the Dwight Howard transformation sweepstakes. Although Dwight had a relatively ok season in Atlanta, the flyer is still out on him to return to some level of elite that he once was.

The Hornets grabbed an back-up for Kemba Walker in MCW, which is actually a good look from Charlottes who relied heavily on Walker to do the bulk of their scoring, which should change with the draft picks they acquired along with Dwight in the middle.

Just when it was safe to be remain a Bulls fan as the “Derrick Rose era” came to close, the windy city looked to its franchise to build around Jimmy Butler going forward. At this point however, Bulls fans everywhere were left in mass confusion when Butler was dealt to Minnesota for a deal that they denied to do just one year prior.

It’s been interesting to try and guess Chicago’s plan is after this recent shake-up as they boldly show fans that a tanking season may be all they have to offer. Perhaps Kris Dunn lives up to the praise that followed him coming out of college, and maybe Zach LaVine is unleashed beyond his role on the Timberwolves. But honestly, times are tough in the Windy City and fans are from from the good old days.

Hey LeBron, hows the Cavs off-season been? Gearing up for Warriors Round 4 right?

Detroit had an extremely underwhelming season after giving us a Round 1 rumble against the Cavaliers 2 year ago that had many thinking they’d be hanging around to beat up LeBron for the years to come. Now all of sudden it seems the young guard vs LeBron match that was once Stanley Johnson’s torch to bear is now being held by Jaylen Brown in Boston. Since then, Detroit’s biggest change has been that of their logo.

Well maybe its not that bad, but with the additions they did make, Avery Bradley was the clear win for them this summer. Even with this pick up the Pistons still don’t feel like heavy competition for any Eastern team that will end in the top 5. Are they struggling to attract talent? Maybe they’ve drafted a bit poorly over the years? Either way they’ve kept themselves middle of the pack and if nothing else the 8th seed in the East is always in sight at least.

From the side-by-side above Pacers fans should really give their organisation some credit if they were to ignore the departure of Paul George and the return he garnered in the end. Weeks went by as the quotes of PG’s look-ahead to free agency forced Indiana into a frenzy to see what they could get for their star player to avoid a complete bottom-out.

The end result left alto to be desired and speculation of how the Pacers handled the eventual landing spot of George are still up for question. Besides that however, Indiana did well to replace Elis and Teague with solid players in Joseph and Bogdanovic. Although the overarching eyesore that is the package for George will forever be the “kick in the guts” that the front office felt and consequently handed down to the fans.

If retaining some key players of the Heat’s miracle season last year could be categorised as off-season moves, then Miami did a great job at holding onto Waiters and James Johnson. But the Heat weren’t really looking for anyone but Gordon Hayward much like their attempt to lure Kevin Durant last season.

After Hayward confirmed his move to Boston, the Heat decided to join in on the cherrypicking of the Celtics role players by signing Kelly Olynyk to a rather hefty contract. The trade of Josh McRoberts almost seems to be Olynyk replacing him to be what the Heat wish they’d have gotten from McRoberts but knew they wouldn’t.

The Heat are still one of the best run organisations with the appeal of one of the NBA’s greatest cities. 2017 may not have resulted in the Heat making alot of noise, but they plan for the future and will enter next years free agency with the same reasons to join their team.. South Beach and Pat Riley.

All is quiet in Milwaukee…… 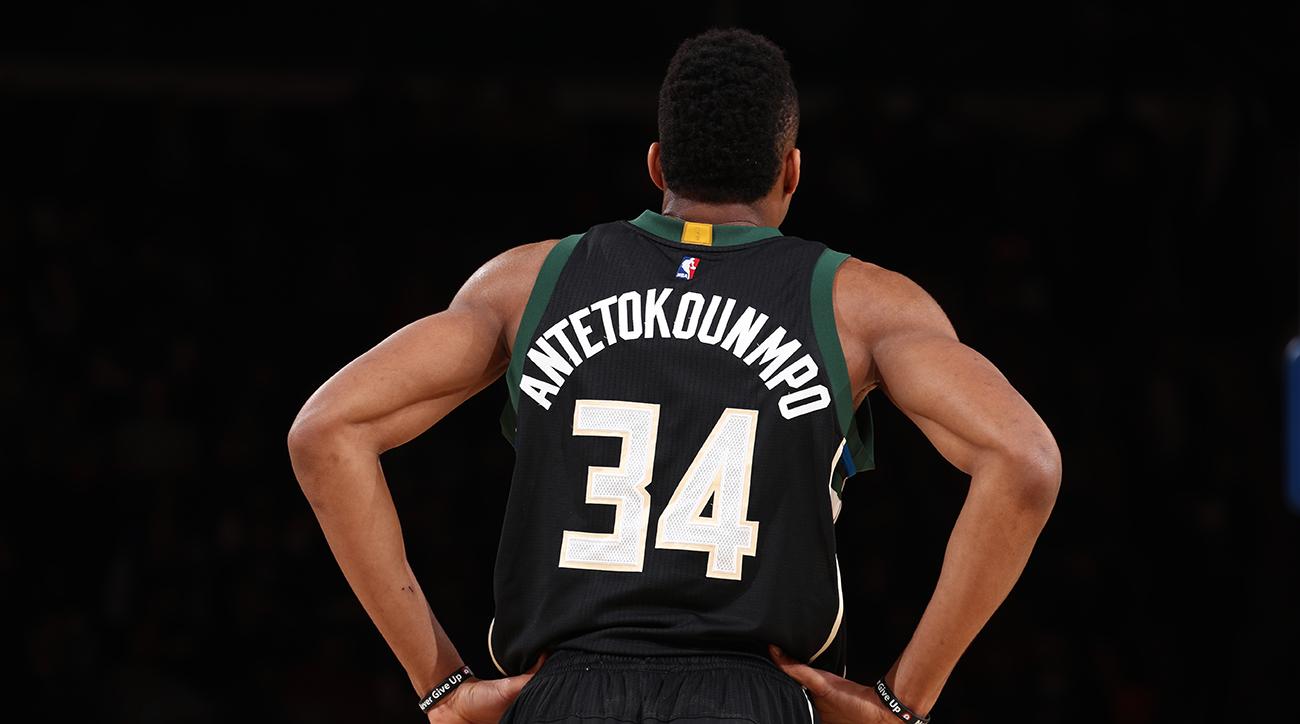 Knicks in one meme:

The Magic have been in a state of flux since the days of Dwight Howard and the playoff team that was. With a few draft picks here and there that haven’t worked out and a few players that we are still waiting to hit some sort of stride the Magic are at least trying their hardest to do good things. Good things that include boosting Aaron Gordon’s marketability and giving Elfrid Payton every chance to be all he can be.

Shedding some of the contracts they did to bring in a very promising point guard in Shelvin Mack who thanks in part to an injured George Hill, played great in Utah well into the playoffs. There decision to pounce on the release of Jonathon Simmons from the Spurs could be there best move in a while. The story of Simmons is out and he was no longer a best kept Spurs secret and all the Magic can hope for is that he continues his growth into a great NBA talent.

When you’ve got this guy on your team, I don’t care who you add.

The 76ers getting Redick is great for the young squad even if only for a year.

The Raptors had another rough playoffs, and personally I’m both happy and annoyed for Raptors fans. On one hand you’ve got a great team that can provide entertainment throughout the regular season and keep themselves around the 45-50 win mark. Then come playoff time they are possibly one of the most disappointing teams in the league.

You know things aren’t great in your franchise when you’ve got DeMarre Carroll slapping his locker room in the face on the way out to Brooklyn when he claimed the team failed to achieve its goals due to trust issues? Lowry got his contract renewed and DeMar DeRozan remains the mid-range king without a 3-point shot. The result has been constant disappointment for a team that always seems every bit better but never gets better,

The Wizards focus was certainly to keep Otto Porter in an attempt to capitalise on their great season that has revived interest in the Washington fanbase. On the opposite side however, their star player John Wall still hasn’t signed an extension to stay and voiced his stance on where Paul George should have ended up this summer.

When PG’s move to OKC fell through it was all silence from the Wizards star point guard, and with the lingering contract re-sign looking closer to not happening, the Wizards don’t seemed to have added much to their problematic bench. Which would be key in Wall wanting to stay long-term, because without the stronger bench, the stars being gassed in the playoffs will continue to plague this promising Wizards team.