The NBA All-Star game was set and ready to be hosted in North Carolina, the hometown of Hornets owner Michael Jordan himself. The city of Charlotte hadn’t seen the All-Star game been hosted in the city since the first time it visited in 1991 when the 76ers own Charles Barkley won the All-Star MVP even after Jordan scored 26 points on 10-25 shooting.

Recently however, stretching back as far as the start of this year, the spotlight has been hot on North Carolina in relation to todays climate on social issues that are rapidly changing as society becomes more accepting and including. The state was under close watch as to whether or not they would pass the bill known as HB2 and as the news spread that it had passed, the NBA was quick to announce it’s dissatisfaction.

The announcement was swift in stripping the All-Star game from Charlotte, which may cost the city more than $100 Million in revenue from the event, as the NBA continues it pursuit to tackle social issues and support it’s players in doing so. This was apparent when star players around protested such issues as the Donald Sterling incident to when many players donned the “I Can’t Breathe” t-shirts in support of the Eric Garner case against New York City police.

In light of the All-Star game’s rescinding, a few cities are already being targeted as the relocation begins to move forward as sources around the league suggest that New Orleans could receive the event for the second time in just 3 years.

END_OF_DOCUMENT_TOKEN_TO_BE_REPLACED 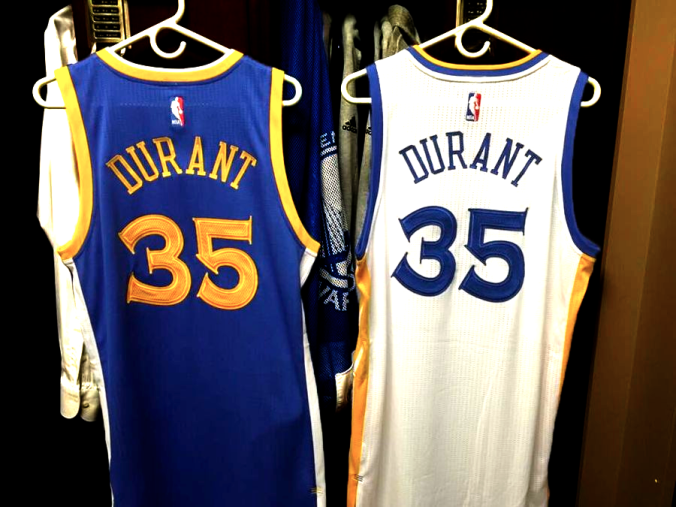 Kevin Durant will sign a two-year deal with the Warriors at $54.3 million, league sources say, with a Player Option for Year 2

Just like that! In one verbal agreement the Warriors, Thunder, Heat, Boston, Clippers, Spurs, Western Conference, Eastern Conference and the overall NBA landscape has changed.

END_OF_DOCUMENT_TOKEN_TO_BE_REPLACED

The Finals may be over but they deserve to be relived just one more time!

What a crazy Finals, I think I can speak for the whole Courtside Convo team and say that this years Finals was one to remember. The history that was made and not made all the way to the many storylines that were built going into the series and during the series.

Take a trip back through the Finals with some great pictures and recap info with this months issue and get ready for a great offseason.

I’ve said it before in this series and I’ll say it again – WHAT. A. GAME.

This was everything we heard as we kept getting deeper into this series as questions kept on pushing the narrative that one team needs to step up and make this thing competitive.

Well, on the last day of the NBA season with everything on the line we, the fans of the NBA, were gifted a Game 7. But not just any Game 7, this was unlike anything that would ever be witnessed – and it was all thanks to storylines.

So with everything this game burdened as the 48th minute buzzer drowned out Oracle it’s only right we should break this down from the top.

END_OF_DOCUMENT_TOKEN_TO_BE_REPLACED 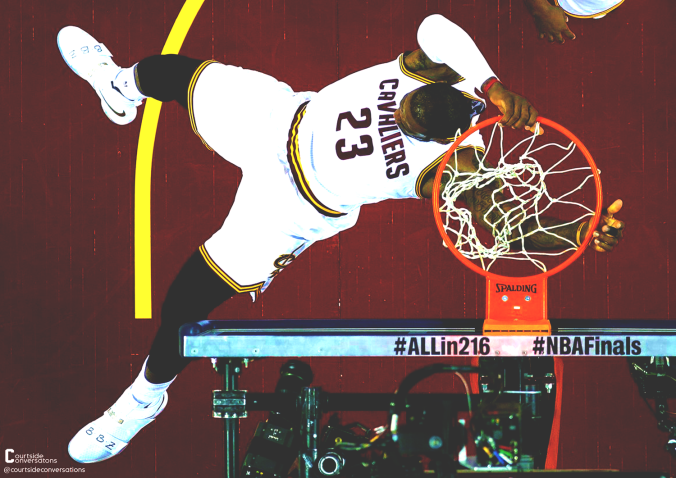 So here we are. After a playoffs full of the best drama that only sports can offer we arrive at a Game 7 in the NBA Finals.

It’s crazy to go back and think of the narrative that was beginning to be written at the start of this NBA season mainly involving the leagues 2 biggest superstars. LeBron and Curry have been deathmatched against each other all season and yet we should now realise that none of it matters now and none of mattered prior to April.

As we finally approach the final game here is storied review of the series so far.

END_OF_DOCUMENT_TOKEN_TO_BE_REPLACED

WOW is all I can say after this month of playoffs, absolutely crazy finish. Now we set our sights onto the Finals.

In this issue you can find a complete breakdown of the NBA Playoffs and look forward tot he next issue for all the Final information.

Check it out below:

The NBA season is now done and the playoff seedings are confirmed with the difference for some of these teams being as little as 1 or 2 games.

Alot of people thought that Cleveland would cruise through to the finals again this year, but perhaps we should think again? Do the Warriors have something to fear after seeming untouchable all season?

END_OF_DOCUMENT_TOKEN_TO_BE_REPLACED

The second instalment in Courtside Conversation’s #SignatureSeries is Steph Curry’s game winner from OKC a few months back. Simply Amazing.